Withdrawal-induced anger and rage: quick tips and ways of relating to these feelings

During the course of psychiatric drug withdrawal, some people find themselves feeling very angry at times. People, topics, and experiences that might not typically have been upsetting before may now become deeply so. If you’re in this place, you’re far from alone. The thoughts and feelings many people experience during withdrawal can be painful, disturbing, or even frightening.

It’s not known why experiences of anger, hatred or even rage seem to be so common during psychiatric drug withdrawal. Some in the layperson withdrawal community believe that these emotions are related to the significant structural changes that can happen to the central nervous system from prolonged exposure to psychiatric drugs. Others believe that they feel anger and rage so intensely because their emotions are no longer being suppressed by their medications. Some feel that their anger is a meaningful— if sometimes incredibly overpowering— response to what’s happened to them in their lives, including in their relationship to medications, mental health professionals, and family , and that deeply re-examining their past can lead to great upset.

Given all of the possible underlying reasons for these commonly reported withdrawal symptoms, learning how to approach anger and rage is fundamentally a personal process. But folks in the lay withdrawal community have reported the following to be helpful:

Just be with the anger

Some people find that the best way to react to anger is with no reaction at all. They simply watch their intense feelings and thoughts, stay present with them, and allow them to come and go— and some even say that this practice itself is enough to eventually bring them to a new emotional place.

Some find it helpful to try to distract from or counter their feelings of anger through engaging in calming activities such as meditation, walking in the outdoors, taking a bath, etc.

Meet and greet the anger

Some report that deliberate efforts to calm themselves actually ra

ise agitation levels, and they instead derive much better and ultimately more relieving feelings by finding ‘safe’ ways to channel, express and even intensify their anger, such as by playing or dancing to loud, intense music, running, yelling, punching the air or pillows until they’re exhausted, engaging in contact sports like roller derby, or otherwise trying to express their feelings through their voices and bodies.

A more cerebral, reflective approach allows some people to explore their feelings and, through better understanding their anger, new perspectives and feelings emerge. To facilitate this, some people write their thoughts in a journal, make poetry, try to explain their feelings of anger to a friend, or try to become more mindful and aware of the circumstantial, emotional or physical influences on the rising and falling of their anger throughout the day. 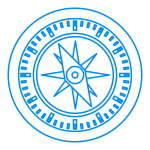