The Options: A Daily Microtaper or Cut-and-hold Schedule

There are two basic taper schedule types that laypeople choose from: “Daily Microtapering” or “Cut-and-hold”. Each is reported to have different pros and cons.

Suppose, as a hypothetical example, that a person is currently taking 20mg of her drug daily, and she wants to reduce that by 5% this month. This means that her goal is to cut 1mg of her dose over the next month. What are her taper schedule options?

She could do a daily micro-titration, or Daily Microtaper, in which she’d make teeny-tiny cumulative cuts each and every day from her dose. So if there are 30 days in the coming month, she would cut 1/30th of a mg from her dose the first day, cut 2/30ths of a mg the second day, cut 3/30ths of a mg the third day, and so on. On the 30th day, she’d be cutting a total of 1mg overall from her dose compared to the first day of the month, which would bring her to her taper goal for the month. 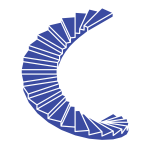 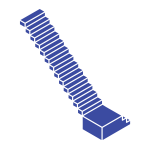 Here’s a simple analogy to compare Daily Microtapering and Cut-and-hold approaches. Imagine that you’re at the top of a tall hill and you want to get down to sea-level below. You see two routes available before you: The first is a staircase made of many small steps that wind down and around the hill a number of times, so that you would descend very, very gradually to the bottom. Because the route is so easy, you could walk at a continuous, steady pace. The second route is a staircase made of far fewer steps that go down one side of the hill. These steps are steeper and further apart so that you would have to leap off each step to get to the next one, take a breather for a while, and then leap to the next one. So which route would you prefer to take?

Both Daily Microtapering and Cut-and-hold schedules have been used successfully by people in the withdrawal community. Some people try one type of schedule to start with, and switch to the other if they are having problems.

Photo courtesy of Hans Splinter and Flickr Creative Commons/This image has been modified.