Using a Digital Scale for Weighing and Making Cuts

Though different models will vary, generally speaking, a digital scale is made up of a scale platform, weighing tray, display, keypad, and tare button. 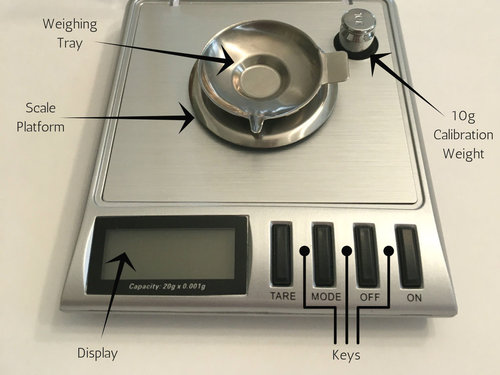 1. Calibrate the scale according to the manufacturer’s instructions. If a calibration weight doesn’t come with the scale, a small weight calibrator can be purchased separately. It’s also reportedly possible to use new, unworn coins for weight calibration. Instructions for “how to calibrate a digital scale” are widely available online for different types of scales, and the U.S. Mint provides the weight specifications for its coins on its website. 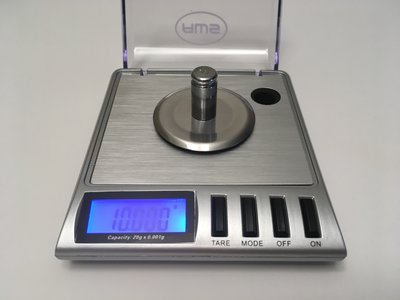 4. After calibrating the scale, “zero out” the measuring bowl or tray by placing it on the scale and using the tare function.

5.a. If using tablets, place one tablet, intact, in the measuring bowl. 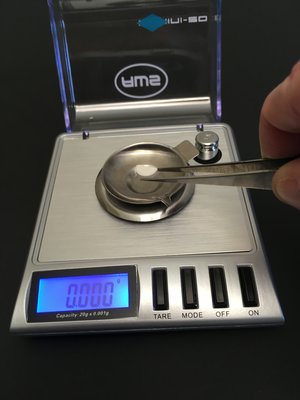 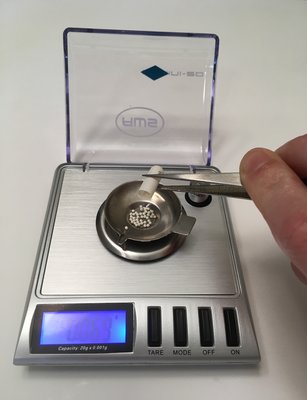 6. Do not allow the scale to be disturbed by any pressure or motion. Even moving air can disrupt the accuracy of the reading at this level of precision. Wait until the numbers on the digital display stop changing, and then write down the measured weight.

7. Do the calculations required to determine the amount to cut from the weight based on the planned taper rate and schedule. (See "Doing Calculations for a Taper".)

9. If diluting the drug with a pharmaceutical-grade powder filler, measure and mix in the appropriate amount.

10. Carefully remove the calculated amount of the cut. Since the weight of individual tablets, powder or beads can vary even within the same pill bottle, people in the lay withdrawal community tend to weigh 4-5 tablets or the contents of 4-5 capsules separately, calculate their average weight, and then use this average as the basis for their measurements and cuts. Many laypeople recalculate this average with each new prescription bottle, and especially after any changes in dosage or manufacturing source of the drugs.

11. Using a small spoon, scoop, tweezers, or tray, transfer the remaining drug contents into a new capsule for consumption. It is also possible to mix the contents in water and consume. 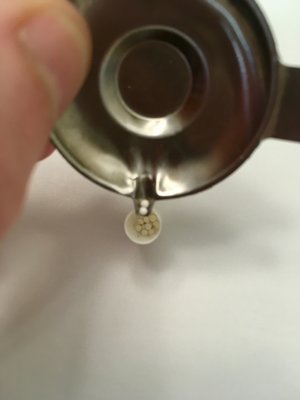 12. Clean the scale according to the manufacturer’s instructions.

Laypeople in the withdrawal community commonly suggest these additional tips to one another: