What is craniosacral therapy?

For many people undergoing withdrawal from psychiatric drugs, seeking therapy in the form of bodywork is restricted to the gentlest of modalities. One such technique, originated by an osteopathic doctor, is craniosacral therapy (CST). In CST, a trained practitioner uses light, noninvasive touch—starting at about the weight of a nickel—with the intention of releasing tensions deep in the body and, the theory goes, correcting imbalances in the fluid and tissues surrounding and protecting the brain and spinal cord. While the response to craniosacral therapy is highly individual, some people in the withdrawal community have reported that CST has helped to relieve anxiety, create deep feelings of relaxation, or even provide a powerful, cathartic release of trauma they’d previously been holding in their bodies.

Craniosacral sessions usually take place in a quiet, private setting and begin with a brief consultation with the practitioner. The client can remain clothed (loose, comfortable clothing is said to be best) while lying back on a padded massage table or treatment bed. The practitioner may begin by touching the head or the feet. If indicated, light touch may be applied to the spine or the pelvic / sacroiliac area as well. In some cases the session is silent; in others the practitioner asks questions about any mental or emotional experiences that arise, or suggests that the client pay attention to body functions such as breathing or heartbeat. Sessions typically last about an hour, but may vary in length depending on the practitioner and the intended outcome.

The theory behind CST suggests that proper functioning of the “craniosacral system”—defined as all parts of the body that relate to cerebrospinal fluid and its flow—can be restored by first gently touching (“palpating”) around the skull and other areas of the body to sense any restrictions or areas of dysfunction. This theory has not been validated within the mainstream Western scientific community, but in holistic and non-allopathic healing environments, craniosacral therapy is a commonly offered modality. Because it’s such a gentle method, it’s used even with babies and with adults who are especially sensitive to touch.

Craniosacral therapy sessions are usually not covered by insurance, though reportedly they may be covered when they are offered in conjunction with physical therapy or massage therapy.

Where can I find more information? 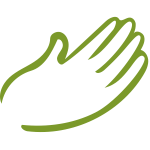