Yoga is a centuries-old practice with roots in India, blending philosophy, spirituality, meditation, and physical discipline. Today, it’s practiced in many different styles and branches, some incorporating traditional philosophies and spirituality and others focused almost exclusively on the physical. Most forms of yoga now practiced in North America derive from hatha yoga, the original “physical” aspect of the yogic discipline, but they’re quite different from each other. Ashtanga, power yoga, Vinyasa, hot yoga, and Iyengar are among the more physically vigorous or demanding types of yoga, while hatha, Sivananda, and Integral are some of the more gentle and relaxing types.

Many scientific studies have looked at the potential health benefits of yoga and found that it may help relieve some types of chronic pain, promote fitness and overall health, ease feelings of anxiety or sadness, and possibly lessen cravings for people withdrawing from drugs such as nicotine. Many people in withdrawal from psychiatric drugs report that practicing yoga in some form seems to have a healing effect, offering a range of benefits such as feelings of improved physical health, greater flexibility, reduced anxiety, decreased pain, increased mental focus, and better sleep.

A word of caution: Some yoga styles or instructors incorporate traditional yogic breathing, and some of these techniques – particularly the more vigorous and rapid ones such as bhastrika (“breath of fire”) or those used in kundalini yoga – can have powerful effects on the central nervous system and consciousness. If you’re experiencing psychiatric drug withdrawal, be aware that these particular breathing techniques are likely to be stimulating and could potentially have impacts on withdrawal symptoms – though at this time we have not received reports from any people who have experimented with these breathing techniques during psychiatric drug withdrawal.

Where can I find more information?

There are endless resources for learning yoga, whether through community classes or online videos. When searching for yoga techniques that are suited for people going through withdrawal, you may wish to include terms such as “restorative,” “gentle,” or “calming.” It’s also possible to search for yoga for specific symptoms, for example, “yoga for anxiety” or “yoga for insomnia”. In addition, you can search for specific poses—for example, a number of people who are navigating withdrawal have reported that variations of Viparita Karani or the “legs up the wall” yoga pose has helped them with such symptoms as anxiety or heart palpitations. DoYogaWithMe.com is a website that specializes in providing free online videos with no subscription required. Below you can find summaries of several types of yoga that are most often recommended by people who are withdrawing from psychiatric drugs, with links for more information.

Restorative yoga is a style intended for people who are injured, sore, stressed, or ill. Single, often relatively easy poses are held for long periods of time — sometimes up to five minutes — with the help of blocks or supports as needed. Only a few poses are used throughout an entire practice session, and these are generally gentle and simple, with the goal of helping a person feel deeply relaxed and comfortable. DoYogaWithMe.com has a video for performing a restorative yoga practice at bedtime. Other styles of yoga for chronic pain may include meditation, visualization, and relaxation techniques as well as certain poses. A Yoga International article describes specific techniques for the relief of chronic pain.

Integrated Yoga Therapy (IYT) was created with a focus on using yoga specifically as a healing tool. IYT programs have been created for mainstream medical settings such as hospitals and rehabilitation centers. An article by IYT’s founder Joseph Le Page explains how IYT works.

Yoga nidra, or yogic sleep, is a technique through which a person enters a state of consciousness somewhere between sleep and wakefulness. In yoga nidra, a person attempts to relax deeply and focus more and more on his or her own internal reality, while reducing awareness of the outside world. Yoga Journal has an audio class in yoga nidra for the relief of stress. 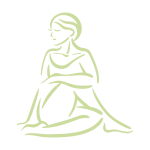