How Do People Come off Multiple Psychiatric Drugs?

People taking multiple psychiatric drugs who want to taper off one or more of them are faced with a situation that is more complicated and potentially risky than the situation facing those who are taking only one drug. If you’re one of the many people who take more than one psychiatric medication, it is extremely important for your safety to inform yourself as much as you can about these risks. Please read this and our other short essays introducing some of the key issues of concern surrounding drug and substance interactions, and recognize that, when taking multiple psychiatric drugs, doing self-directed research and consulting with a well-informed prescriber and/or pharmacist about any tapering plan is all the more important.

That being said, if you are currently a “polypharm patient” and you have made the decision to come off your medications, know that you are not alone: Many people have successfully tapered off multiple psychiatric drugs. And also know that there is no one-size-fits-all advice emerging from the layperson withdrawal community regarding how to do so—some have come off successfully by tapering one drug at a time in various orders, others by tapering multiple drugs at once. But it’s widely recognized that there are heightened risks and complexities at play when trying to plan a harm-minimizing taper in a situation where a person is taking multiple psychiatric drugs, and these risks require doing additional research into and planning for one’s own unique situation. Below, we provide brief introductions to some of the main factors that people in the lay withdrawal community have considered when trying to make decisions about how to proceed with a taper while taking multiple psychiatric drugs.

Is there a particular drug combination that is increasing the potential for extremely serious medical harm?

Some drug combinations definitely increase the risks of suffering medical emergencies much more so than other combinations. Where these have been well researched and documented, there is usually information specifically about them in the FDA-approved drug label. (Learn more about accessing drug labels here.)

Some people who’ve discovered that they are in a risky or potentially dangerous medical situation have chosen to start their taper journey by focusing on reducing those risks—typically by beginning to taper at least one of the drugs involved in the highest-risk combination. However, depending on the nature of the interactions and the particulars of a person’s own body metabolism, reducing dosages can in some cases increase dangerous drug interactions. (See "Are there drugs that slow down or speed up the metabolism of other drugs that are being taken?’ below.) So, though many people struggle to find a prescriber with a deep understanding both of drug interactions and risk-minimizing tapering protocols, it can obviously be invaluable to have that kind of expert support when navigating these risks.

Is there a drug that subjectively feels the most harmful?

While certain medications are known to generally be more physically dangerous than other medications, it’s common for people to have their own personal feelings about the depth of physical, mental, emotional, energetic or even spiritual harm that particular psychiatric drugs seem to be causing them. Many laypeople report that these factors have both played significant roles in influencing their decisions about which medication(s) they decided to taper first.

If any of the drugs that a person is taking are known to either inhibit or induce one or more of the body’s enzymes that are responsible for metabolizing other drugs that are being taken, this can provide critical information for thinking through the order of a multiple-drug taper. For example, if a person reduces the amount of an enzyme-inducing drug, that could well lead to a corresponding increase in the levels in the body of other drugs that are metabolized by this enzyme. Conversely, reducing the amount of an enzyme-inhibiting drug could lead to a corresponding decrease in the levels of other drugs that are metabolized by that enzyme. Or, if there are two or more drugs competing for the same enzyme, reducing one of them may have impacts on the levels of the other(s). There are a large number of possible, complicated scenarios involving potentially problematic combinations of drugs, so it’s obviously vital to read drug labels thoroughly and be able to consult with a well-informed pharmacist and/or prescriber when dealing with these kinds of complications. (For more information, see "Drug Metabolism, Substance Interactions, and Genetics – Their Importance for Safe Tapering".)

What primary effect is each drug having?

It’s common to hear about people choosing to take certain psychiatric drugs because they produce particular kinds of effects—for example, blunting unwanted mental experiences, stimulating energy and focus, or inducing sleep. When thinking through a taper off multiple medications, many in the lay withdrawal community have found it helpful to make planning decisions based on these effects.

For example, it’s very common to hear about people choosing to taper off their medications in the order of most stimulating to most sedating, leaving in place the medications that they were using to help with sleep and/or relaxation until the end of their taper; in this way, they felt that they reduced the risks of intensifying anxiety, agitation or insomnia during the course of the taper. However, some people may choose the very opposite: they feel so disabled by the overly sedating or tranquilizing drugs they’re taking that they prefer to come off those first so that they can feel more functional sooner.

More generally, the vast majority of laypeople tend to advise each other that, whatever tapering order is chosen, it’s vital to ensure that one’s patterns of sleep remain as intact as possible. This is because chronic sleep deprivation has led many people in the midst of withdrawal “off the rails” and often into serious trouble—including entering altered states of consciousness that are commonly called “psychosis” and “mania”. (For more information on the effects of psychoactive drugs, see "The Possible Risks of Using Recreational Drugs, Supplements, Herbs and Other Substances with Psychoactive Effects During Psychiatric Drug Withdrawal”.)

Which is the better approach: Tapering one drug at a time or tapering multiple drugs at a time?

People in the lay withdrawal community have had success with both tapering one drug at a time and tapering more than one drug at once. Some people find that tapering one drug at a time makes it easier to isolate the cause of any problems that might emerge during the taper. Others prefer to taper multiple drugs at once because they feel that it avoids “rocking the boat” – that is, they try to keep the levels of the medications in their bodies relatively the same in relation to each other. Still other people opt to taper down in a “staggered” fashion, focusing on reducing Drug A for a while, and then switching to reducing Drug B for a while, and then switching back to Drug A, and so on.

There is no objectively “right” way to go about it, but weighing the various considerations outlined in this essay and then discussing options with a well-informed pharmacist and/or prescriber may help shine a light on what the best choice may be for you, considering your personal circumstances, preferences, general health, genetics, drug regimen, life stressors, etc. 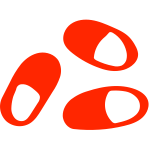 Photo courtesy of David P. Discher and Flickr Creative Commons/Image has been modified by cutting and adding effects.