mood, easing feelings of anxiety, improving sleep, increasing mental clarity, boosting immune function, and staving off a host of physical problems. But during psychiatric drug withdrawal, exercise can be a double-edged sword. Some people navigating withdrawal find exercise to be an invaluable outlet with no downside, while others find, to their dismay, that it can trigger new symptoms or intensify symptoms already present, especially if their nervous system is easily over-stimulated or highly sensitive to activity.

Similarly, the range of exercise tolerance described in the withdrawal community is as broad as it gets. Some say they can do no exercise at all for any duration, and may be barely able to get out

of bed. Some say they are able to exercise, but to a different degree than before; for example, they may find that the usual run to clear their head actually makes their cognitive fog worse. Others find that exercise is the most important tool they have for getting through difficult withdrawal experiences, whether because it helps distract them from their symptoms, or because it helps to release and relieve symptoms for a time. In addition, a single person’s ability to exercise may change enormously over the course of their withdrawal, depending on their symptoms and where they are in the healing process.

Intense exercise certainly has the ability to release stress hormones such as cortisol,

potentially revving the nervous system and increasing the likelihood of symptoms. One tip we’ve seen reported regarding exercise in withdrawal—a tip that’s true for many of the coping techniques in this section—is to start slowly and build up both the duration and intensity until your personal tolerance point is reached. And, especially if exercise seems to temporarily heighten rather than decrease withdrawal symptoms, give yourself plenty of time to rest and recuperate. It may sound like common sense, but it’s an approach that calls for patience and acceptance, and it can be challenging to put into practice—

there are people who say that their withdrawal exercise regimen began with simply walking the length of their bedroom and back, or for one minute on a treadmill. And many people attest that, once they figure out the right amount of exertion such that their body and nervous system are able to properly accommodate, exercise can then act to reduce feelings of stress and promote feelings of relaxation and well-being. Paying attention to your body is key: no one but you can determine how much exercise you can tolerate.

Walking, exercise bikes, gentle yoga or chair yoga, qigong, tai chi, mini-trampolines, or swimming are just a few of the types of exercise that people in the withdrawal community have reported receiving great benefits from, and that are easy to start by making very small commitments of time and energy and then building slowly.

For more information on the importance of exercise during withdrawal, check out TWP's essay, "The Importance of Movement and Exercise in Psychiatric Drug Withdrawal". 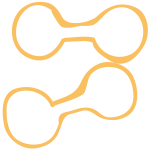