To Hell and Back: An Antidepressant Nightmare

December 10th, 2018 hit me like a ton of bricks. I have been on my antidepressant since I was 15 years old, which is over 10 years, but nothing could have prepared me for the journey into withdrawal I was about to embark on. In my decade-plus experience with medication, my doctor never mentioned side effects, we didn’t create a plan for how long I would be on my medication, and I was never informed about tapering. We never discussed the possibility of any nutritional deficiencies, hormonal imbalances, thyroid issues, or any other physical ailment.

In truth, in the beginning, I was satisfied with being on antidepressants. I never questioned it, because my anxiety––which manifested in constant overthinking, retching and stomach upset before situations that made me nervous, derealization, and panic attacks––had faded. However, as the years went by, I recognized that my body wasn’t functioning well. I was constantly exhausted; I would sleep 8 hours a night and need a 2-hour nap in the afternoon. My IBS-like issues persisted and I started noticing deficiencies in my annual bloodwork. I was getting sick with colds several times a year. The weight I had steadily gained throughout the years wouldn’t come off no matter what diet I tried or how much I exercised. I was still constantly experiencing derealization and I felt blasé about many things in life.

A couple of years before withdrawal, I asked my doctor about getting off my antidepressant and she parroted a what I now know to be a common tactic, which was to cut my dose in half, in half again, and in half again until I was off; this was to only take a few weeks. I didn’t attempt to get off my drug at that moment; I kept the advice in my back pocket until I was eventually fed up with being on my antidepressant. In May of 2018, I did my taper and was off. The following 5 months were ok; I had some dizziness I thought was vertigo, but my energy seemed to be coming back a bit. However, between months 5 and 6, I noticed I was becoming more irritable. I was getting annoyed and frustrated with others around me. I was quickly going back to feeling unmotivated. I was starting to feel down and wasn’t having fun getting together with friends like I usually did.

On December 9th, withdrawal hit. If you’ve never been through psychiatric drug withdrawal, it is extremely difficult to imagine: one second you might feel ok and then the next you’re completely off your rocker. I was sitting at work, doing my tasks, and in the blink of an eye I was hyperventilating, crying in the bathroom, full of impending doom. I called my mom and told her that something was wrong. The next day, I called out and didn’t return to work for 3 weeks. I couldn’t stay at my apartment alone, I was too afraid and fragile. I packed some things and drove myself to my mom’s house so she could take care of me. I saw my doctor a day or two later and she suggested trying a new antidepressant, which I desperately agreed to. Little did I know that this antidepressant was more than two times stronger than my original med. When I tried this new medication, things got even more horrific.

I started experiencing terrifying nightmares filled with murder and catastrophe, akathisia so bad that it felt like someone poured battery acid in my veins, dilated pupils, incredibly warped perception (one day, I was looking at myself in a mirror and my features looked severely exaggerated to the point that I had to ask my mother if she was seeing what I was seeing). The internal agitation, or akathisia, was pure torture: I had to take walks, pace in the backyard, run laps in the living room, and exercise the second I woke up to even attempt to dampen it. I chewed wooden stir sticks to bits because I couldn’t stop grinding my teeth. An adverse reaction, serotonin syndrome, whatever was happening: I knew I couldn’t keep taking the new med. I went back to taking my original medication and waited for any kind of stability.

During this time, I visited a psychiatric nurse I was referred to by my primary doctor and to say I felt further broken by this appointment is an understatement. Upping my dose, adding gabapentin, adding mirtazapine were all her suggestions. I mentioned akathisia to her and she informed me that she “knew what it was” and that “only people on antipsychotic medication get that.” I hysterically cried in my mom’s arms in the parking lot. I was vocally suicidal at this point. The silver lining in this situation was that I had already started to familiarize myself with medication withdrawal support groups like The Withdrawal Project. Since I had been off work, I consumed horror and success stories from sunrise until sundown and collected different coping skills like they were playing cards.

In my heart, I knew more medication wasn’t my answer. I had already experienced an adverse reaction and was suffering big time. I never scheduled my follow-up appointment with the psych nurse, instead continuing taking my original medication at my original dose, and waited for months. Each day was as horrific as the previous one. Symptoms would morph, get worse, disappear, and reappear later in the day. I experienced irrational fear, agoraphobia, OCD symptoms, myoclonic movements, akathisia, suicidal thoughts and urges, extreme sound sensitivity and startle reflex, intense and sporadic bouts of crying, the list goes on. As each day passed, I tried more and more coping mechanisms that I had found through online communities. I trialed and errored an obscene amount of ways to cope, but there ended up being a handful that helped me immensely.

I saw three different therapists with different specialties during my acute phase, and two out of the three were empathetic, caring, kind, and never mentioned adding more medication or going to a psychiatric hospital. I saw a functional doctor who was just as caring and familiar with the dangers of psychiatric medication and coming off too quickly. She even had a dream about me abruptly stopping my antidepressant and came into our next appointment worried about me. I also went to her for acupuncture as I was not ready for any kind of supplements. She was always respectful and advocated for a slow taper. I scheduled a massage for myself every week or two to relax my nervous system. I took slow, gentle walks in nature almost every day. I took hot showers when I felt alone and scared, and cold showers when my akathisia was too much to handle. And of course, I leaned on my friends and family the most.

A small handful of friends knew what I was going through. They would take me out to dinner or have dinner with me at my home. I would go to their homes to watch a movie and nap if I could because it was something that made me feel safe and comfortable. I connected and tried to offer support to other folks going through withdrawal that I met on groups and forums. I received support, guidance, and made life-long friendships from these online communities. Finally, my mother never questioned my sanity. Even when I was in the darkest depths of hell, she knew I had to follow my intuition. She hugged me, fed me, kissed me, and assured me that I was not crazy or doomed.

It’s been over a year since the acute phase of my withdrawal and I am currently tapering my antidepressant with a liquid prescription. I am in a much better place, both mentally and physically, but I am still traumatized by withdrawal. I taper by listening to my body and life circumstances. When I taper, I hold for several weeks and I don’t touch my dose if I have something important or stressful in my life happening or coming up soon. With the help of online communities, I have realized that I prefer to get off safely so that I may keep my life intact without hurling myself into the desperate, dark, torturous place that is withdrawal just to say that I am off of a drug.

I never thought I would get out of my acute phase. I believed I was heading for death, either by my own hands or drug effects. Now I believe that with the rise of online communities like The Withdrawal Project, people have a chance, more than ever, to reduce or eliminate their drug burden on their terms. We are strong, intuitive, autonomous beings that deserve to live and thrive without labels that make others question us as well as make us question ourselves. We deserve informed consent and safe, practical tapering techniques without skepticism from healthcare providers which only furthers the stigma and disbelief of psychiatric medication withdrawal. Online support communities will continue to be beacons of hope and connection for those who need their support, need help supporting a loved one, or are interested in expanding knowledge beyond the current mental health paradigm. 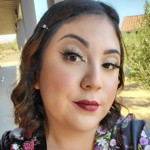 Jazzy is a West Coast native who is new to the psychiatric drug withdrawal community but has written for music festivals, blogs, and businesses throughout the years. She has always had a passion for human rights but is now especially fired up over the lack of informed consent and negligence in medical settings and psychiatry. She has been personally helped and inspired by the support, care, and empathy of the withdrawal community and hopes to help others walking the same path to feel less alone and more inspired through her writing.