When I took the antipsychotic drugs Navane and Mellaril, my doctors didn't warn me about the side effects that I actually experienced: numbed emotions, terrifying nightmares, difficulty reading and remembering things, and a sense of “disassociation” or of not being myself. All I’d been told to expect was some weight gain and dry mouth, but the reality was far worse. I was standing in the bathroom of a locked unit at Langley Porter Psychiatric Institute staring at my reflection in the mirror asking, "What is happening to me? What should I do?"

I soon learned that other patients who’d taken antipsychotic drugs could help me orient to what was happening. And ever since, I’ve realized the immense importance of patient voices in psychiatric drug research. Indeed, historically, patient voices have always been crucial: For example, patient complaints about tardive dyskinesia, the neurological movement disorder now considered one of the worst side effects of antipsychotics, came before the condition was recognized by doctors to be directly caused by antipsychotic medications.

Today, one of the biggest missing pieces in our scientific understanding of antipsychotics surrounds safe withdrawal. Many doctors and medical experts look from the outside and rely on broad statistical categories and a "one size fits all" approach to withdrawing. But patients directly experience when antipsychotic side effects become worse than the condition they were originally prescribed to treat. Patients sense when it feels like they are withdrawing too fast. Patients know when they’re experiencing a kind or degree of adverse effect that just doesn’t seem typical of their own ordinary range of experiences. Patients can help scientists better understand how long the effects of withdrawal last, what strategies allow some patients to live with withdrawal symptoms while using less medications or no medications at all, and how withdrawal techniques can be tailored to the needs of individuals.

This is why, to address the immense gaps in knowledge about withdrawal and to help get a clearer picture of the role of antipsychotics in people’s lives, I have teamed up with the Maastricht University School for Mental Health and Neuroscience in The Netherlands on a global study of antipsychotic medication withdrawal. As part of this research, this June we launched an anonymous online survey for patients and ex-patients about antipsychotics and withdrawal.

In creating this study and survey, from the very beginning stages we collaborated with people who have had personal experiences using antipsychotics including Seroquel (quetiapine), Risperdal (risperidone), Zyprexa (olanzapine), Haldol (haloperidol), and Latuda (lurasidone), among many others. More than four thousand people from around the world have already completed the survey online. We’re beginning to look at the data, and it’s been encouraging to get such a strong positive response from people who completed the survey. People often say they found just taking it a meaningful experience in itself. One person wrote: “The survey was a very powerful process, and actually helped me to integrate even more. Glad I could do it, and that it helps research too,” and another added: “Brave effort on behalf of the researcher(s) and their motivation behind such an important survey… So different than other surveys. I felt ‘liberated’ and ‘validated.’ Very nicely done. I look forward to reading the results.”

The Maastricht World Study on Antipsychotic Withdrawal survey is currently open to participants 18 years and older who have taken antipsychotic medications and come off or tried to come off. A list of antipsychotics is available here.The survey is currently in English, Spanish, Dutch, Hebrew, German, Japanese, Polish, Italian, and Portuguese (with more translations coming) and can be found at www.antipsychoticwithdrawalsurvey.com. If you are interested in supporting the project we encourage you to share in your social media, email, and internet networks, including a Facebook group about the survey. Anyone who wants to stay updated on study developments and receive information about study findings can join the study email list here. For more info about my work, check out www.willhall.net. 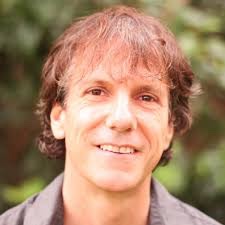 Will Hall is a therapist, mental health trainer, schizophrenia diagnosis survivor, and host of Madness Radio. Will trained in Open Dialogue at the Institute for Dialogic Practice and in Jungian psychology at the Process Work Institute, and is author of Outside Mental Health: Voices and Visions of Madness and the Harm Reduction Guide to Coming Off Psychiatric Medication. He is a PhD Candidate at Maastricht University and lead researcher on Maastricht University's antipsychotic withdrawal study.